HDD's vs SSD's: Facts You Should Know. 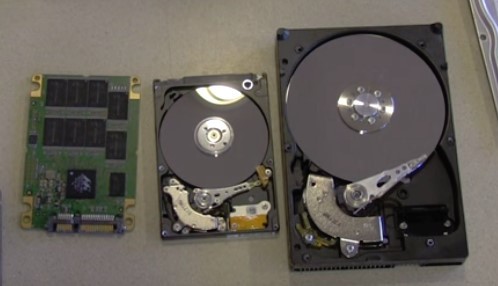 Modern computers have lots of components that run different parts of the computer. Your motherboard, RAM, CPU, GPU, power supply, and even case and fans play a huge role in the quality and speed of your computer. One of the most asked questions we get here at Computer Answers is what's one on the components that will contribute the most to the overall speed and performance of a computer? In the vast majority of cases the answer to this question is your computers storage. So lets talk about the basic difference between a conventional spinning hard drive and a modern SSD.

Before we get into this topic its important to differentiate between memory and storage. All computers have the two and there are huge differences between them. Memory, usually in the form of RAM or random access memory of whats called volatile storage. In other words every time you turn of your computer the RAM is wiped. Not that great for storing things but awesome for making apps run faster and multitasking a breeze. Storage, however, is what's known as non-volatile storage. That means when power gets disconnected your data remains on the drive. Much better for long term storage, launching applications, and booting into the operating system.

In simple terms a conventional hard drive is a bunch of spinning disks called platters being read by magnetic heads that read the data and output it onto the screen. This form of storage is great for storing large amounts of data inexpensively, and with the advent of SATA connections and high performance drives such as 7200RPM drives with over 50MB of cache conventional spinning hard drives have come a long way from what they once were. However, when it comes to the king of speed and reliability SSD's shine the brightest in this category.

So what's an SSD and why is it better than a HDD? Well, an SSD doesn't rely on spinning disks and magnetic heads to read data. Instead, they are comprised of flash chips that are attached to a board and instead work by using transistors and other non mechanical computer components to store data. The reason this is better than a standard HDD is mainly because of two reasons. One, they are much, much faster than conventional HDD's. Depending on the brand and quality, of course, but the ones we stock here at Computer Answers are up to 20x faster than a HDD. This means that your computer will boot faster, open programs faster, read files faster, and, well, do everything faster. The second reason is because of their durability. Imagine playing your favorite vinyl recording and your dog comes and knocks over the record player. Not great. Same thing happens with a HDD every time you move your laptop or desktop while the machine is on. Over time this will damage the HDD; make your computer slower, and corrupt the data.

These reason and more are why we at Computer Answers recommend that you purchase an SSD next time you notice your laptop is running slow, your computer takes a fall, or your just trying to upgrade. An SSD is a great addition to any machine and will be sure to prolong the life as well as increase speed and the overall quality of use. We're happy to help you learn more about our products and services and we thank you for your patronage.